The FGSJ is pleased to present an extensive study of the history of the estates of John Tharp of Jamaica by Alan Furness, CMG, along with other related documents.

Alan Furness has recently updated his work, originally produced between 1958 and 1960, and has kindly allowed us to publish it here:

The Tharp Estates in Jamaica by A E Furness

He carried out extensive research in Jamaica, England, and Barbados, Grenada, Guyana and St. Kitts into the history of John Tharp’s acquisition and management of his sugar estates and other properties including Good Hope, Covey, Hawkerton, Llansquinet, Pantrepant, Potosi, Wales, Windsor, Dean’s Valley Water Works in St. Elizabeth, and Chippenham in St. Ann.

It was once said that a man could ride from one side of the island to the other and not leave Tharp land – Alan Furness’s paper is an account of how Tharp acquired and developed his extensive holdings along the length of the Martha Brae River in Trelawny and elsewhere.

Maps of the Martha Brae River area through the centuries: 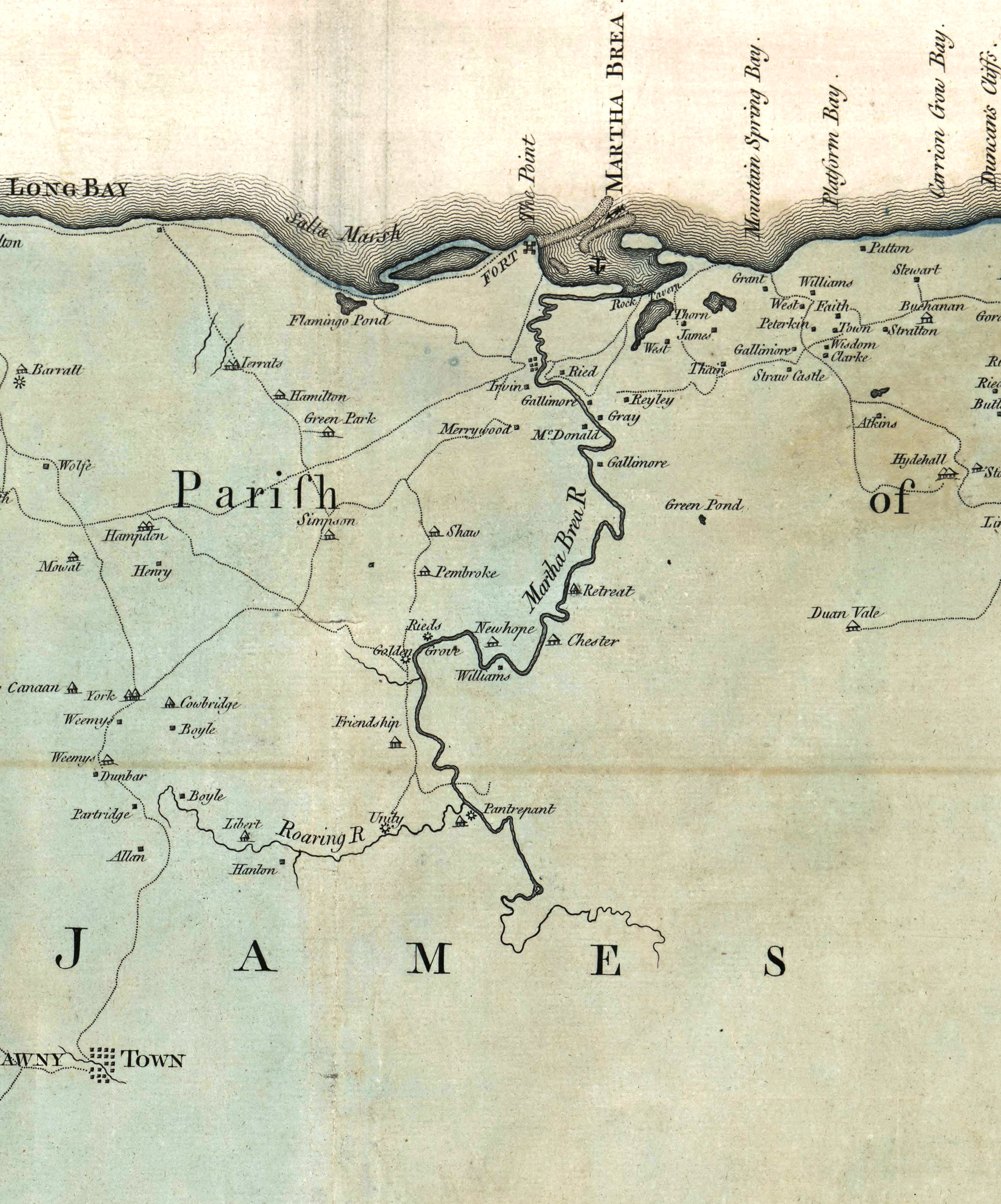 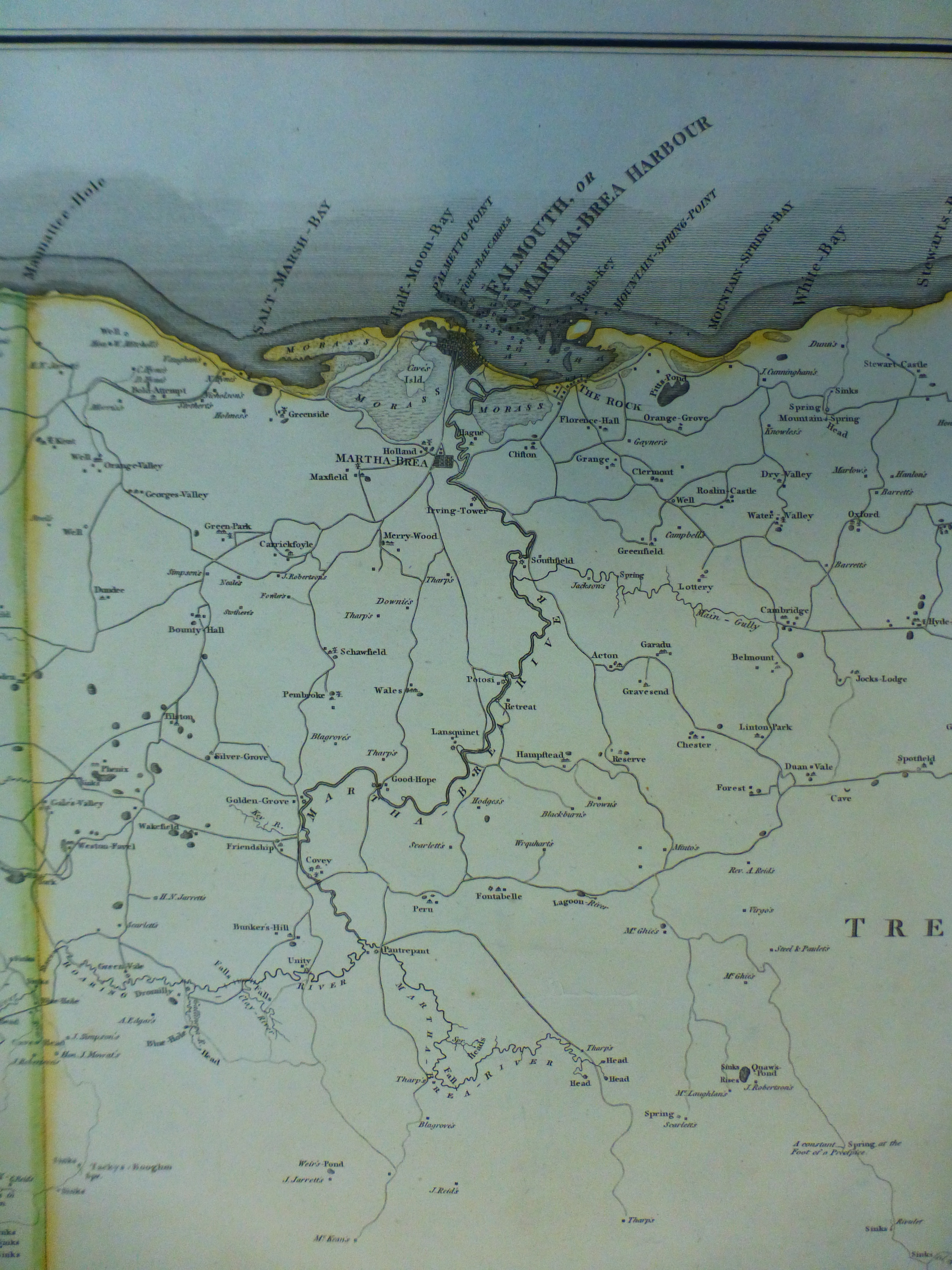 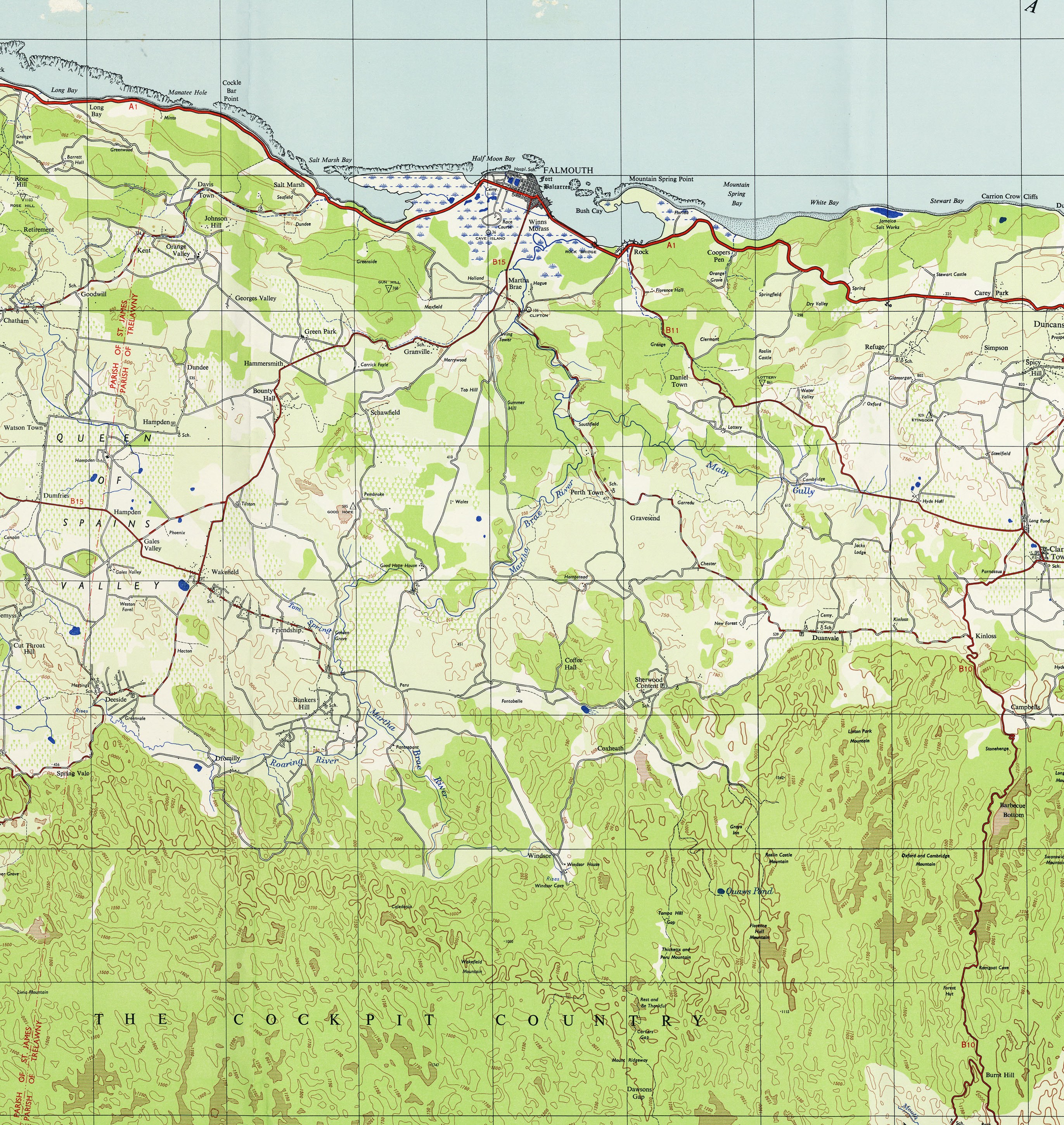 The workforce on the Tharp estates – paper by Dr Ivor Conolley:

In Between Brutality and Rebellion by I C Conolley

Ivor Conolley, consultant in archaeology, cultural resources management and buildings preservation has kindly provided us with a copy of his paper examining the enslaved people on Tharp’s estates.

Calendar of Correspondence from William Miles, a West Indian Merchant in Bristol, to John Tharp, a Planter in Jamaica, 1770-1789. This article was by Kenneth Morgan and originally published in A Bristol Miscellany in 1985 by the Bristol Record Society, 1985.

Help our ongoing work right now with a secure donation via PayPal.

Properly restored and maintained, many of these buildings serve the local community in several ways: practically, they house post offices, courthouses and churches, as well as private dwellings of all sizes; economically, they form the basis of heritage tourism which can help struggling towns survive; they also reinforce local pride in the island’s heritage.

The very act of restoration can also provide much needed employment for young people trained in the skills needed.

Many of these buildings disappear every year as a result of extreme weather and unchecked degradation. The town of Falmouth, on the north coast, is on the World Monuments Fund’s list of 100 Most Endangered Sites. While there is recognition at government level and in several heritage and conservation organisations of the need to preserve and restore Jamaica’s historic buildings, the state of the island’s economy makes funding a real problem. It is therefore all the more important that we contribute what we can to restoration, both to help preserve these wonderful buildings and also to support the organisations on the island which are struggling to carry out this important work.

The FGSJ offers financial support to projects for the conservation and restoration of historic buildings, and seeks to stimulate an interest in and an appreciation of the value of Jamaica’s heritage.

Jamaica has some of the finest Georgian buildings outside Great Britain. The architecture of this period was adapted to suit the tropics while maintaining the style and charm of its eighteenth-century origins. The particular Georgian quality of grace combined with utility appears not only in the design of great houses and civic buildings, but also in quite modest buildings throughout the island.

The Friends of the Georgian Society of Jamaica is a charity registered in the UK, no. 1074915.

It is a company limited by guarantee, registered in England and Wales, no. 3447992